Skip to content
Some of the fondest memories I have involve discussing family history with my grandmothers. I learned so much from them.  In 2000, I had several conversations with my paternal grandmother, Ruby Mckinley Willis Jenkins regarding her father whom I knew little about. Montgomery Mckinley was born in 1901 in Saint Francisville, Louisiana. She told me that he died around the age of 40 of a massive heart attack.  Ruby said she was 17 years old at the time.  Hearing this made me feel so bad for her–for a daddy’s girl to lose her father at such a young age. I began to understand the tough exterior she displayed her whole life was shaped by this life altering event.

I asked her if she had a picture of him. She asked me to look for a cardboard box in her bedroom on the closet room floor. To my astonishment, she had A TON of old photos!!!!! I gently asked her if I could scan her precious photos to preserve them.  Being her only grandchild–HER BABY…how could she deny me?  I scanned all of them including the only picture of her father known to exist.

The picture was damaged & deteriorating, but I’m pretty proficient with Photoshop so I attempted to restore it. Mother’s Day was coming up so I decided to present the restored copies as framed gifts–one in color and one in black & white.

These are the before-and-after pictures of Montgomery Mckinley: 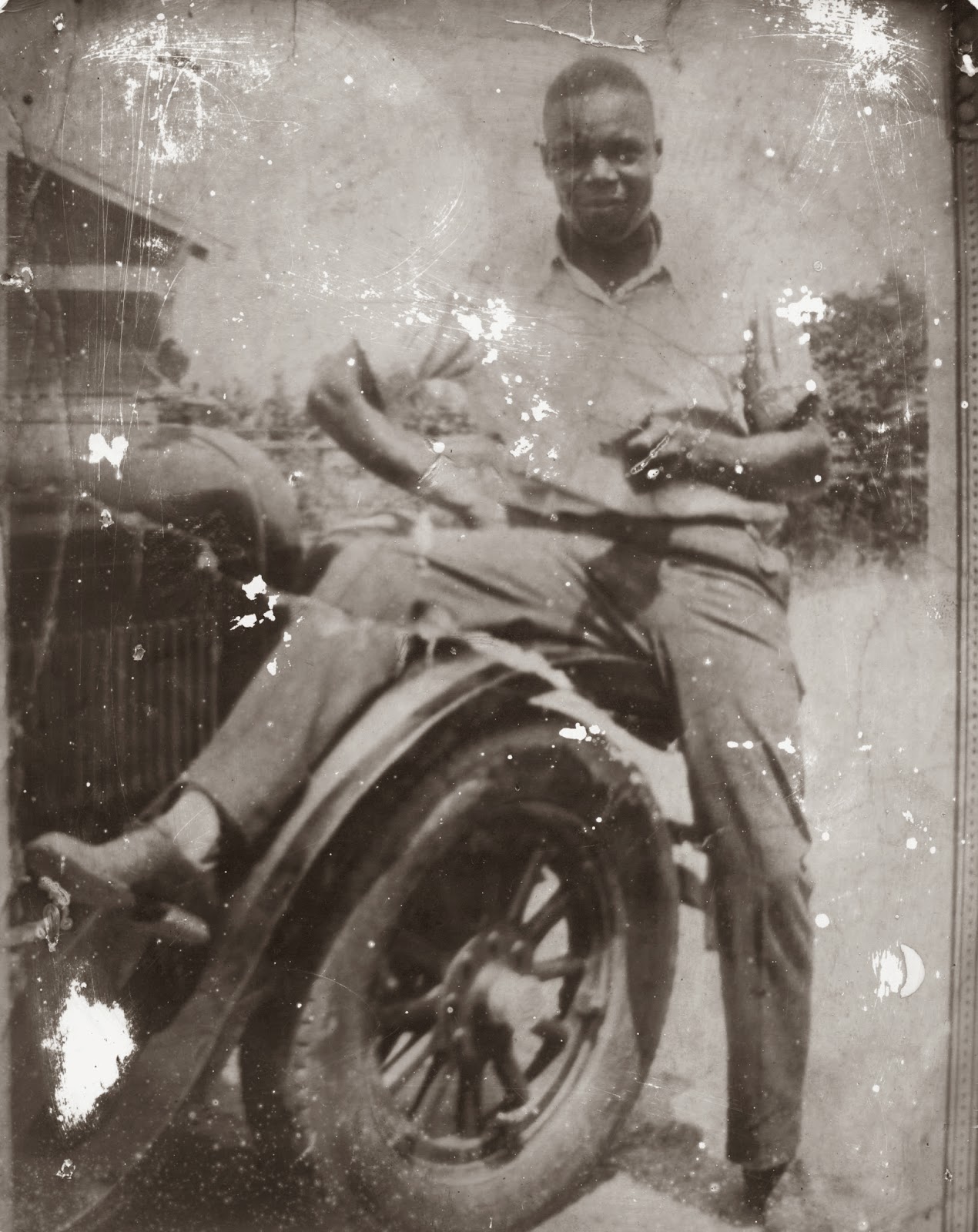 My grandmother immediately dropped her head in her hands and filled them with tears.  I’d never seen her so emotional and I certainly didn’t expect it!  We sat there and just cried together. I get emotional just thinking about now. It was one of the best days and proudest moments of my life–to be able to do that for her.