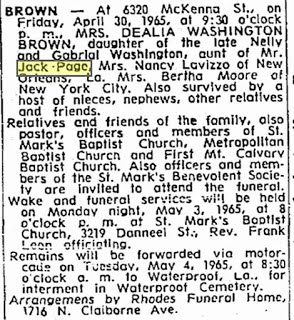 On February 2, 2013, I was so excited to find this newspaper obituary online regarding the death of my 3rd Great Grandmother’s sister, Delia Washington, affectionately known as “Aunt Dutsey.” I’d been searching for this information for 10 years! Now I know when she died so I can get her death certificate…in 3 years! LOL! The reason for the wait is Louisiana state privacy laws. Her death record has to be over 51 years old for it to be available as public information.  That means it will not be available until May of 2016!  When that time comes, I will order it from the Louisiana State Archives in Baton Rouge, Louisiana.

There is plenty of information on this little piece of paper that is PRICELESS!!!!!! The names BERTHA MOORE AND NANCY LAVIZZO are Aunt Dutsey’s nieces. Based on previous research, I know these two women are the daughters of Nancy Shields Moore, Delia’s sister, but I did not know Nancy LAVIZZO’s last name until finding this document!  Nancy Shields Moore was the oldest of 5 children and Delia was the youngest. In order of birth, the children were:

Delia lived to be 91 years old.

Secondly, according to this record, Aunt Dutsey died in New Orleans and her funeral was held there, but it also states she was buried at “Waterproof Cemetery” in “WATERPROOF, LA.”  Initially, I assumed this “Waterproof, La.” was located in TENSAS Parish, 3.5 hours away from New Orleans and just 30 miles north of Natchez, Mississippi (Natchez is where I’ve always believed the Shields Line came from).   However, this didn’t seem logical due to the fact that my years of research on the Shields girls seemed to locate them in TERREBONNE Parish, Louisiana just after the civil war through the mid 1890’s.  After that period, all of them moved to New Orleans except Martha Shields England and her husband, Frank.  I decided to reference Martha Shields England’s death record (which I acquired in 2004), and her son’s record, Rev. George Monroe England.  I noticed they were buried in the same cemetery, St. Luke Cemetery in Terrebonne Parish.  I Google the cemetery and discovered the following website that listed Louisiana cemeteries by parishes:

St. Luke Baptist Church & Cemetery is listed under Terrebonne Parish Cemeteries with the nearest town known to be a place called “Waterproof!”

Given the fact that the 1870 & 1880 censuses locate the Englands, Moores and the Pages in Terrebonne Parish, the marriage records of all 3 girls in Terrebonne, that my maternal grandmother mentioned “Houma” (located in Terrebonne) as a place of family origin and now discovering that Aunt Dutsey’s burial site is in Houma–one hour and 15 minutes away from New Orleans, I’m quite certain Houma was “home” and St. Luke Cemetery was a family burial ground of sorts.

Third, Delia’s father is listed as “Gabrial Washington.”  I always thought his name was George, but now I know it’s Gabriel, the same as his son.

I’ve been telling my family for years that Aunt Dutsey was the key to my research and now they will understand why! She has always been my link to where I wanted to go in the past.  I’m so excited now, I can’t contain myself!!!!  My ultimate goal is to find the mother and grandmother of these children known as Nellie Shields Washington & Binky Shields, respectively. According to my maternal grandmother, “Binky” is where it all starts for our family.  It was said she came from Africa. She is the reason why I became a genealogist.  Most of my generation has known of her existence since we were old enough to walk and I will not rest until I find her.


In July of 2013, I had the pleasure of going to the Benton Family Reunion (on my father’s side) in Baton Rouge, La.  On July 11, 2013, I drove to Houma to continue my research and I found St. Luke Cemetery.  I found George England’s marker, but I could not find Martha’s, Nellie’s or Aunt Dutsey’s.  I went to the parish courthouse to research the plantation owners (namely William Bayard Shields & his two sons: Gabriel Benoist Shields & Thomas Rodney Shields) in the area, but found this effort to be extremely difficult.  I will have to make several trips back there.

Later, I went to the Terrebonne Parish Library and was introduced to a fellow genealogist who volunteered on a project over 25 years ago to transcribe headstones in Terrebonne parish cemeteries.  He told me the Terrebonne Genealogical Society published a book on these cemeteries. He lead me to the book which contained a documented record of Aunt Dutsey’s marker!  I copied all the records listed in St. Luke Cemetery, drove back to the cemetery and used it as my guide.  Unfortunately, I could not find it, but at least I know she is there.  I did find something else of interest: Martha’s younger son, Benjamin England married Dora Gautreaux. Several of her family members are buried in that cemetery as well.  I also discovered a “Nellie Butler” in the cemetery.  I don’t know who she is, but I recognized the name from a 1900 census with Fanny Shields, her husband Jack Page, all seven children and two boarders: Thomas Flowers and Nellie Butler–all living in New Orleans.  The birth year of the”Nellie” in the census matched the “Nellie” in the cemetery.

This was a huge milestone for me, but my search for Binky continues… 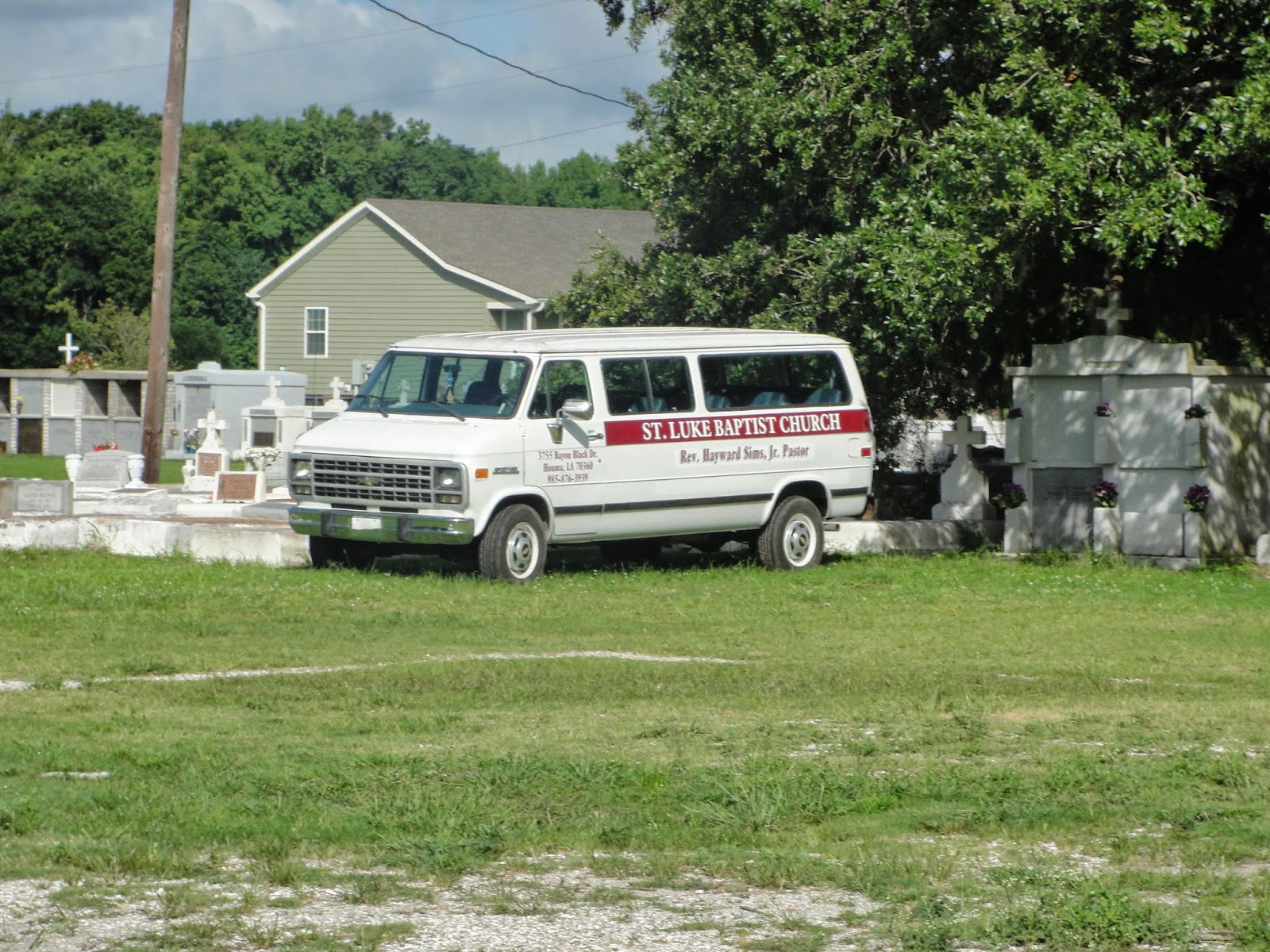 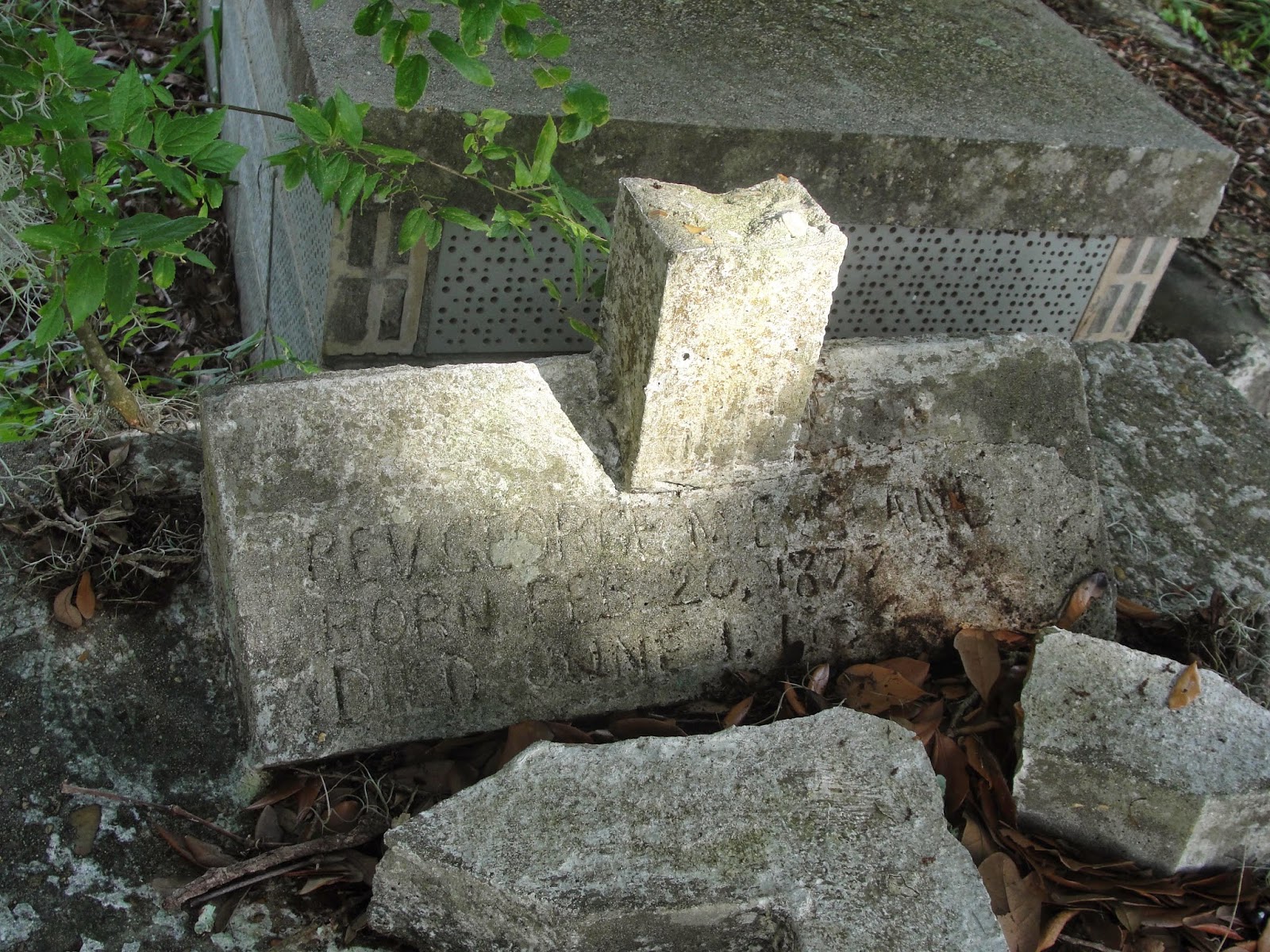 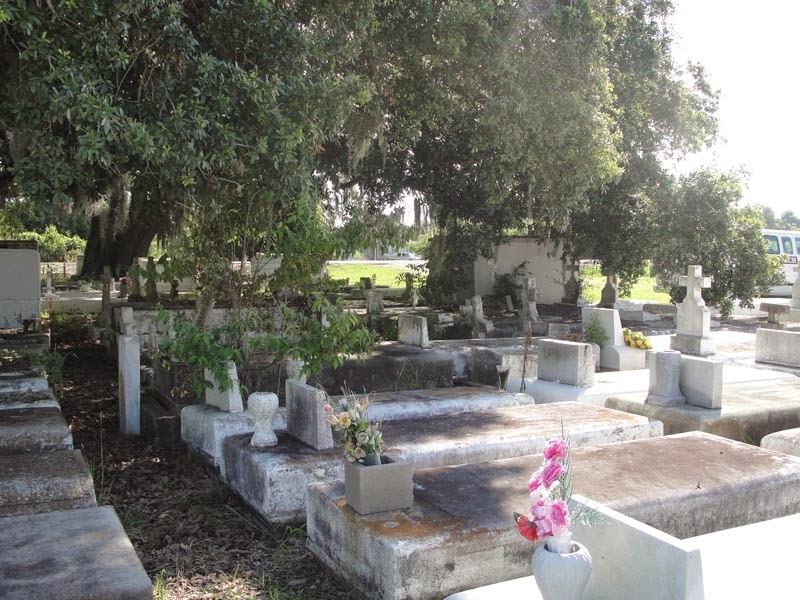 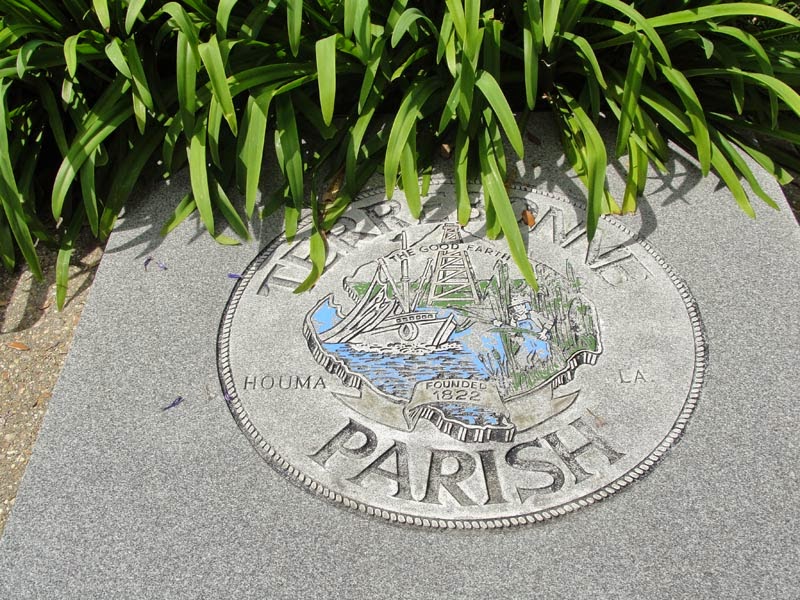 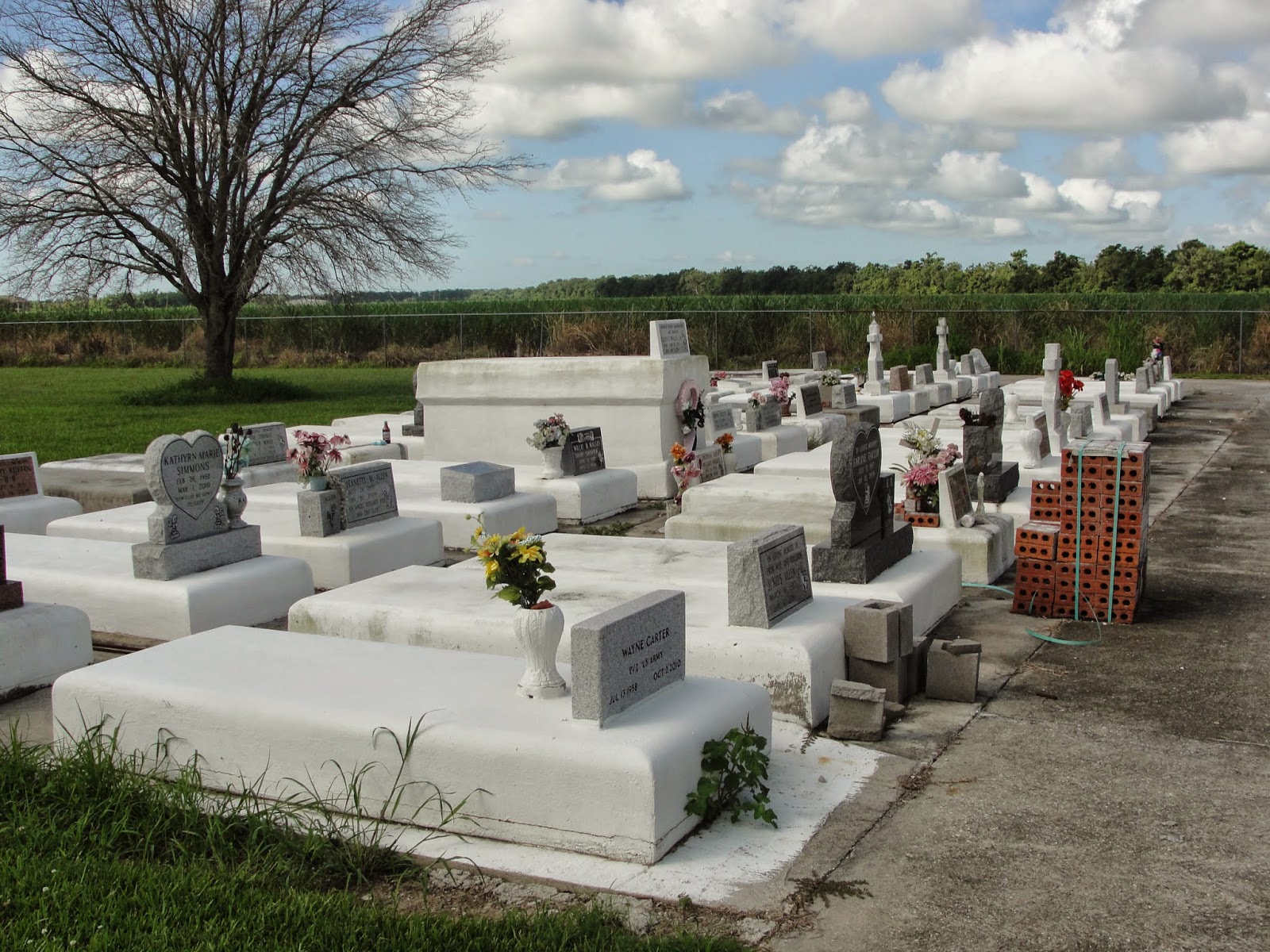