I just left my 92 year old maternal grandfather’s house 2 hours ago and he pointed out something to me I never knew.  I showed him this photograph and he told me the gentleman circled in the picture was a friend of his named Don Barksdale.  He said Barksdale played professional basketball.

Well, I looked him up and it turns out Don Barksdale played professional basketball from 1948-1955.  He signed with the newly formed National Basketball Association (NBA) in 1951 to play with the Baltimore Bullets (1951-53) and later the Boston Celtics (1953-55).  Barksdale was elected to the Naismith Memorial Basketball Hall of Fame in 2012. 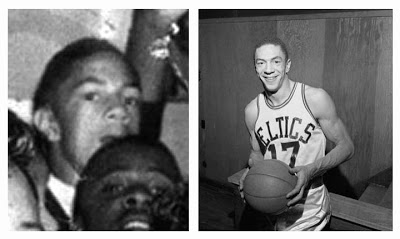